Public Service Announcement: Back Up Your Photos

I had everything planned. I was so ready to leave my old city, and so on December 1st I was already packed and ready. I was walking from the parking lot with a small box full of recycling I had pulled from the front seat of my car. I wanted to start off the trip with everything neat and clean. I dumped the recycling into the bin, noticing the recycling truck on its way into the complex. “Perfect timing,” I thought.

I walked into the house, mentally tabulating the number of loads it would take to get everything into the car. I took out the first load, then the second. I remembered I needed to make a phone call. Where was my phone?

By this point, the truck had been gone for only minutes, but it took me almost an hour to make the mental connection. That box full of recycling had contained more than plastic and cardboard. It also had my phone, and with it, the last photos I had of my pregnancy and my child.

These are the things we don’t often talk about. These are the silly “first world problems” that in most cases are simple annoyances. But this was so much more than an annoyance to me. On top of losing my child, I lost almost every digital memory.

And yes, while I had transferred a handful of these into the cloud while planning to launch the Adrian’s Elephant website, I had not set up any kind of backup system for the ones that remained. And for many of these, the only copy left is the visual image slowly bleeding out of my imperfect brain. And these fade a little more every day.

After I realized where my phone was that day, I called the recycling company. I was literally in tears, and the representative was so kind. But while I was able to trace my phone to the next neighborhood over, by the time I got there, it was so far buried inside the truck it was irretrievable. And all I could do was watch for the rest of the day as the battery faded, and with it, the last of so much of my peace.

And maybe it seems like a silly thing to be hurting over. A genuine first world problem, indeed. But it was important to me. Every tiny piece of his memory.

And you can bet that since then I have implemented backups on every single piece of technology.

Downloadable graphics for “Public Service Announcement: Back Up Your Photos”: 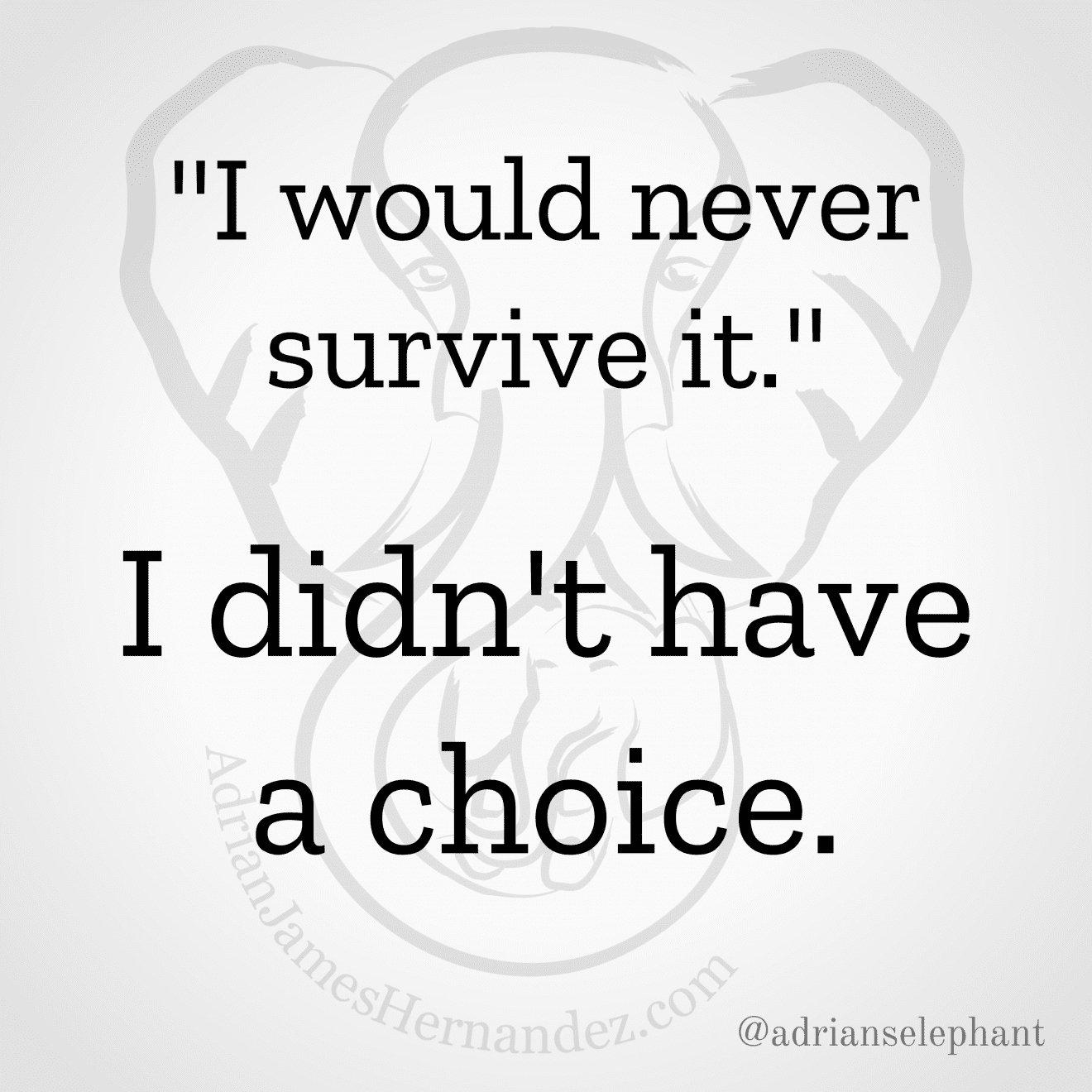 “I would never survive it” 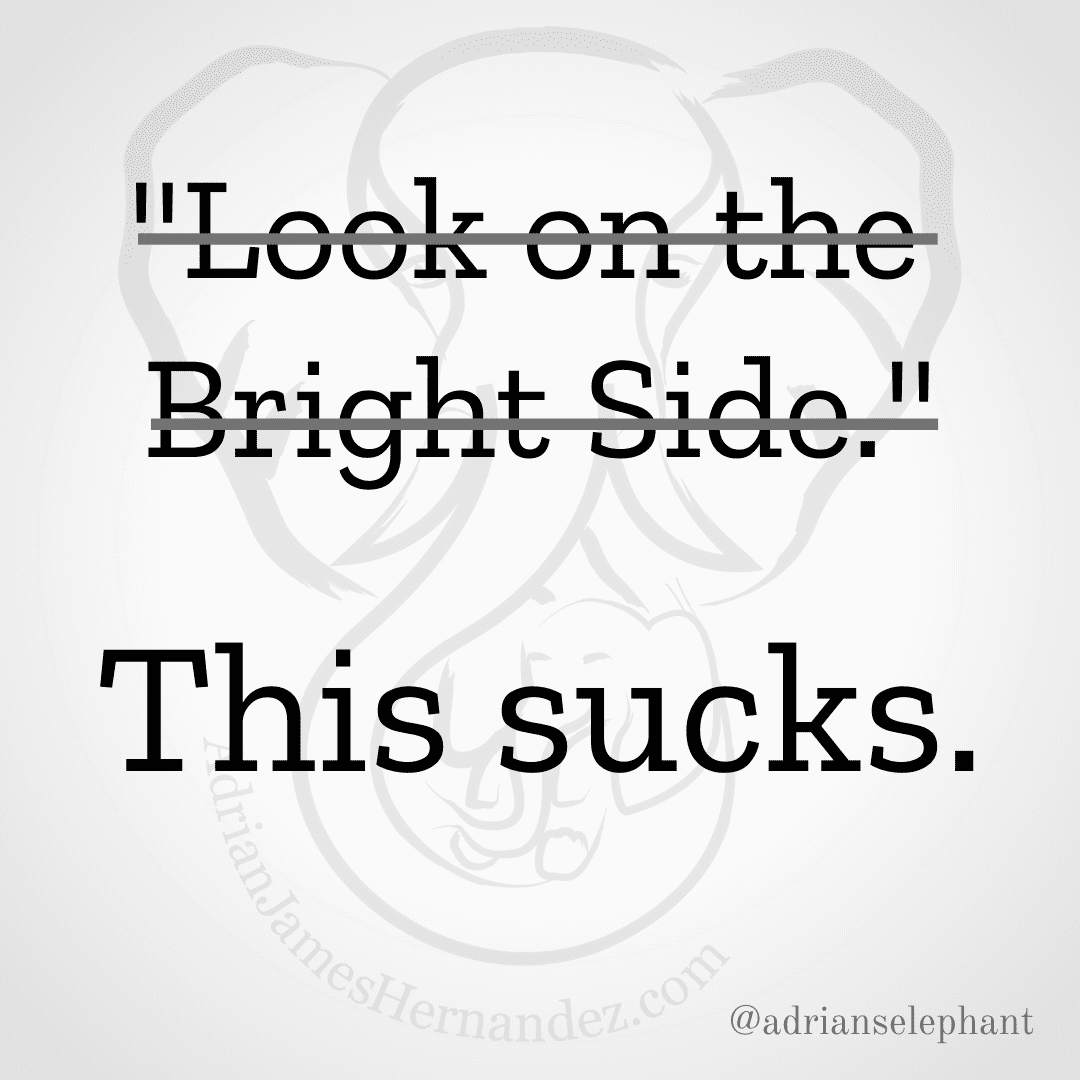 “Look on the bright side”

“Grief is a Passage”

Thankfulness is not a cure for grief (B/W; 2 versions)

My Feelings Are Authentic (color options)

My pain has a purpose

I am thoroughly uninterested in being “strong”

Sometimes it Just Needs to Suck

There is no Asterisk to the things Allowed in Grief

Let me know what you need

Positivity is a choice, and not one you can make for other people

There’s no such thing as “just” a miscarriage (B/W) 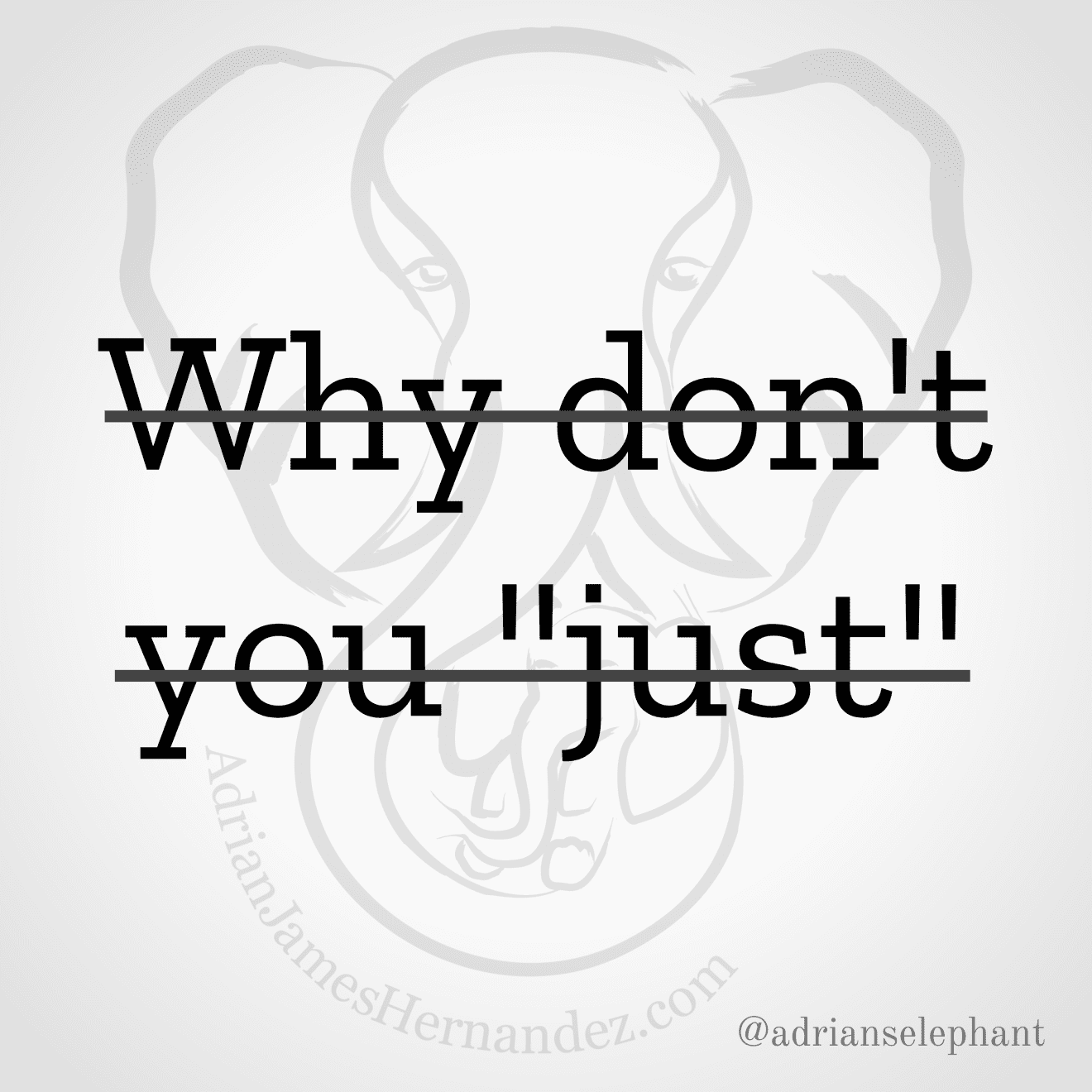 We have no idea what other people are going through

Thankfulness is not a “Cure” for Grief (color options)

I too used to believe tragedy was the thing that happened to other people.

Bereaved Live in the Real World

Sometimes there is nothing to be thankful for

“Be thankful for the good times” (B/W)

I have the right to feel how I feel (B/W)

You are under no obligation to be healed

Grief is not a Competition (B/W; multiple versions)

It’s not your job to make other people feel comfortable

Grief is not Sadness (2 versions)

There is no “just” about the process of adoption

What doesn’t kill you… (3 versions)

If you truly want to comfort a bereaved person, remove these words from your vocabulary

You aren’t going to be perfect. Show Up Anyway.

The Body Keeps a Calendar (B/W) 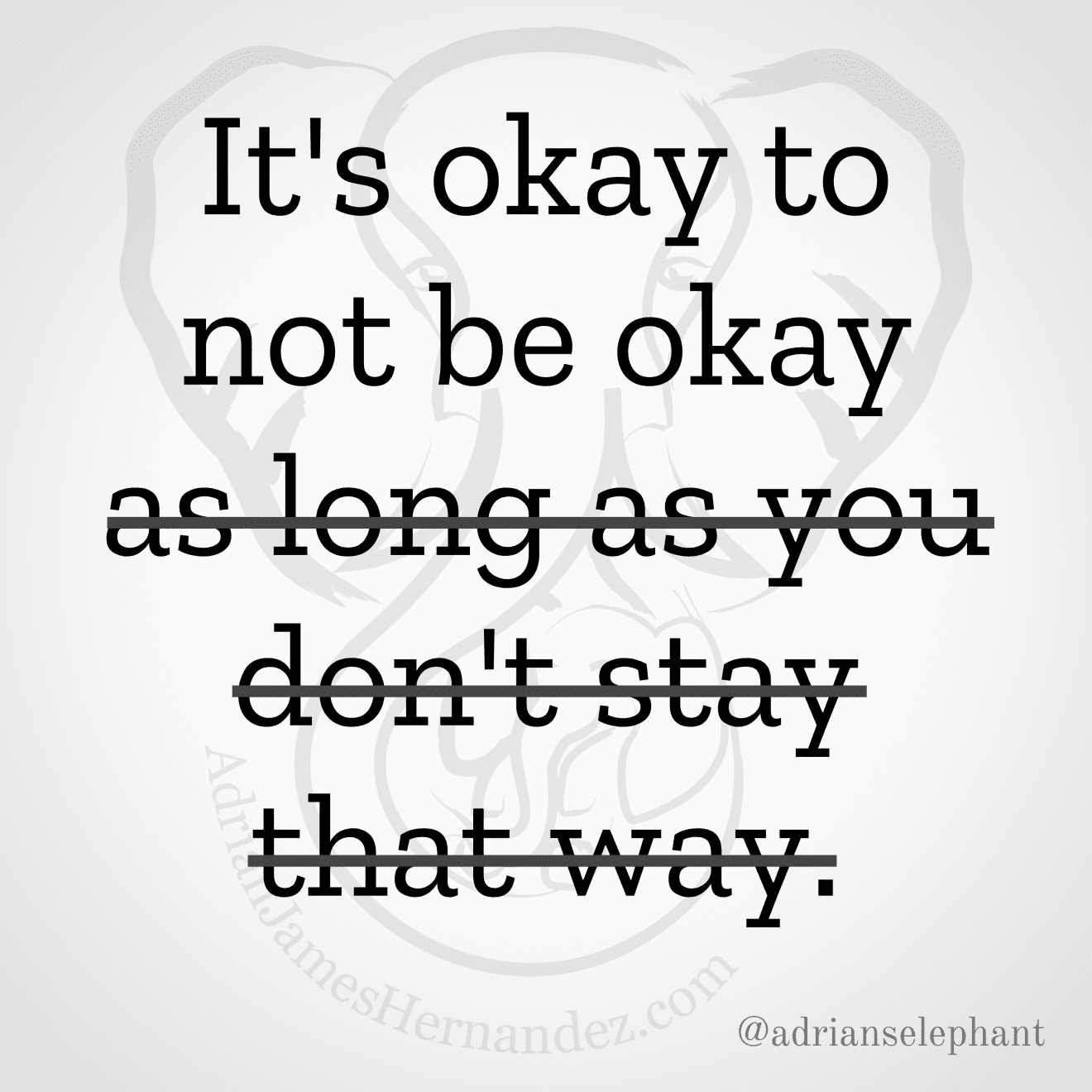 We need to talk about grief

You don’t have to be a noble victim

Yes, you can parent a child even after their death (B/W)

Prayer is appreciated…when it has been invited

The Bereaved Don’t Always Have Words Either 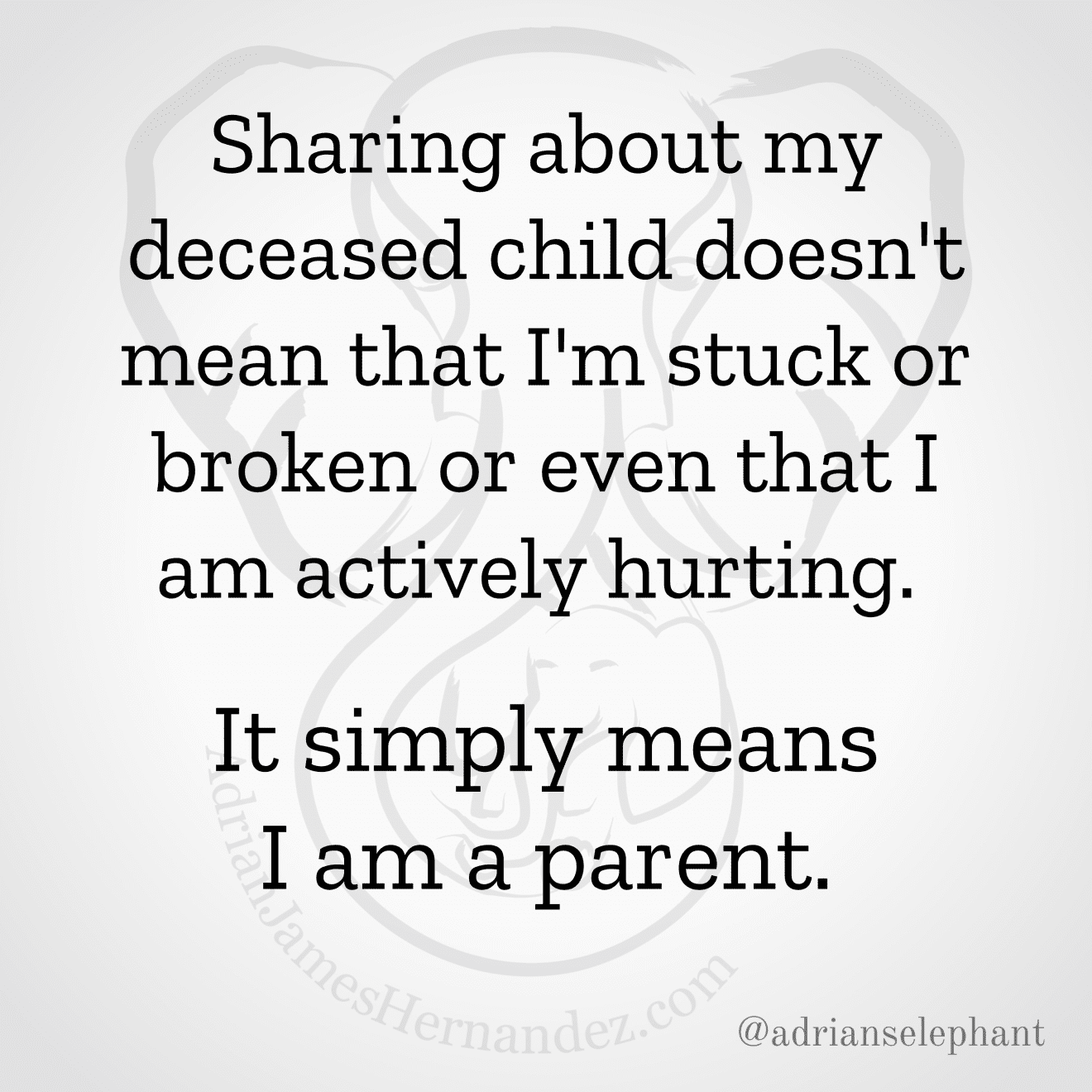 Death isn’t something you ever “get over” (B/W) 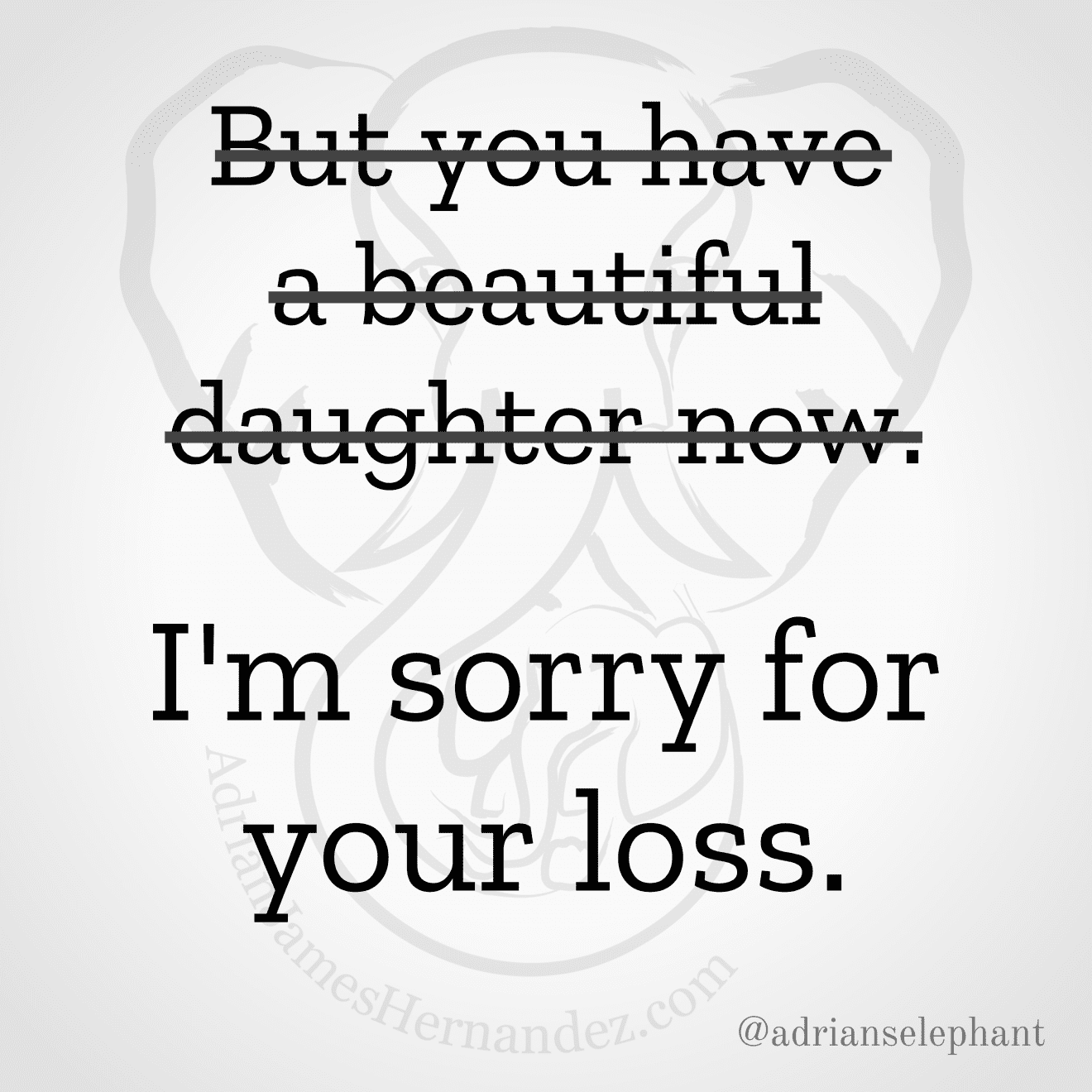 “But You Have a Beautiful Daughter Now”

No Obligation to turn Tragedy into Beauty

“I wish I could take your pain away”

“Trauma is not your fault, but healing is your responsibility”

Tragedy is not a one-time event

When I was pregnant with Adrian, I remember readin

The other day in a parenting group, someone asked

When I was making these graphics for #LettersToAdr

I am the mother whose body swelled with pregnancy.

Miss him as much as you need…⁠ *but not TOO mu