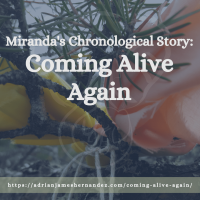 I can’t really say when it happened. I know it started as a trickle. I know it started when I realized I still had opinions that don’t relate specifically to having a child. There were times when I surprised myself, midway through a conversation in which I had once again become articulate. In which I was actively engaged. In which I was making actual sense. These things were “progress,” but also hard. 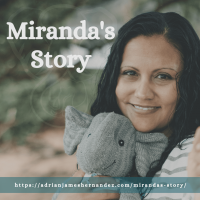 My name is Miranda Hernandez. I am a single mother by choice. My son Adrian passed away on 29 June 2017, and was stillborn the following day. I will love and honor him for the rest of my life.

This subject came up the other day in a different

I'm going to tell you a funny story. Not funny "ha

We talk about the future like it's laid out in fro

Going through some old posts, and I found this pie

STILL grieving? Yes, I am still grieving.⁠ ⁠ I

"There are two versions of me. In one version I kn